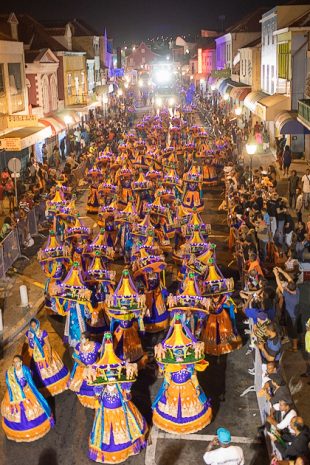 I don’t know where these guys get the energy from. Just two days after completing the Grand Parade, an alcohol- and Tumba-fueled procession which lasts over nine hours, they’re back out on the streets dancing and partying for Carnival’s Grand Farewell Parade. I was nearly unable to endure it, myself, and that was as a spectator!